I’ve been suffering from aching wrists for quite a while now, on and off for a few years at least since I started working with computers every day, after changing jobs last year I found myself sitting at a computer all of the day rather than just most of the day so the aching got worse, eventually I went to my GP and had it officially diagnosed as RSI.

Work and other things aside, this forced me to shift my cycling activities to road only for a few weeks until I was able to see a physiotherapist to get some proper advice, riding the road bike is different to riding a mountain bike, there are fewer bumps for a start, less strain on the wrists from vibrations, and the riding position is different – of most relevance to me was the position of my hands relative to my arms, as I had recently purchased new wider handlebars for my mountain bike this only accentuated a poor riding position that I had got into the habit of doing, namely holding the bars with my hands tilted inwards towards the frame, this puts pressure on the tendon which will eventually begin to hurt like crazy and take a long long time to fully recover.

I had to correct this as I really enjoy riding my mountain bike through the countryside and in the local forests, so as well as following the advice from the physiotherapist (which boiled down to ‘don’t twist your wrists, keep them in-line with your forearms’), I had a proper bike fit to make sure that my riding position was the best that it could be on the mountain bike (part of which included cutting 1.5cm off each end of the handlebars to bring my hands in a bit), at the same time I swapped the round hand grips for ergo grips with palm support for a bit of extra comfort, and also shopped for some MTB-specific wrist supports.  After reading many reviews and comments I eventually went for the Troy Lee WS5205 wrist supports, I already have the 5550 elbow and forearm guards which, despite slipping down sometimes, fit me really well and feel like they would stop anything without making me look like a Storm Trooper (and their armour didn’t seem to stop anything). 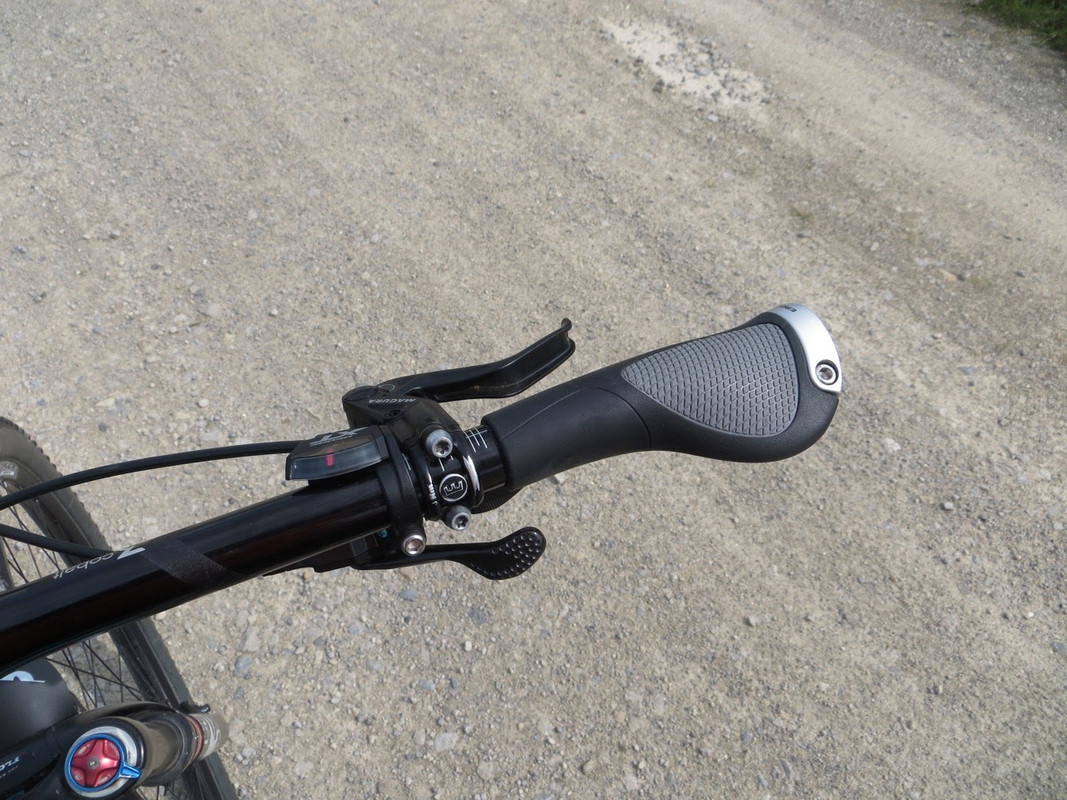 First ride with the wrist supports turned out better than expected, they felt a little restrictive to start with but they bed in after a while and I’m sure they will loosen up around the thumb a bit in time.  There are two channels down the top side which contain two plastic lollipop sticks each, these can be removed one or two at a time to change the stiffness although I just left all four in.

During my ride I made a conscious effort to keep my hands and wrists straight but it was difficult as it meant that I needed to keep my elbow slightly bent and my stance on the bike in a slight ‘attack’ pose, it felt like I should relax and sit back at times but this would have caused my arms to straighten, and result in my hands no longer being inline with them.  Taking regular five minute breathers from the action was important, too, as it gave my wrists a chance to recover a bit.

After my ride my wrist didn’t feel too bad, more or less as it had felt before the ride, so by that measure I’d say everything I did was a success.  I managed to ride 23 miles over forest tracks and some moderately easy mountain bike trails, not bad at all really. 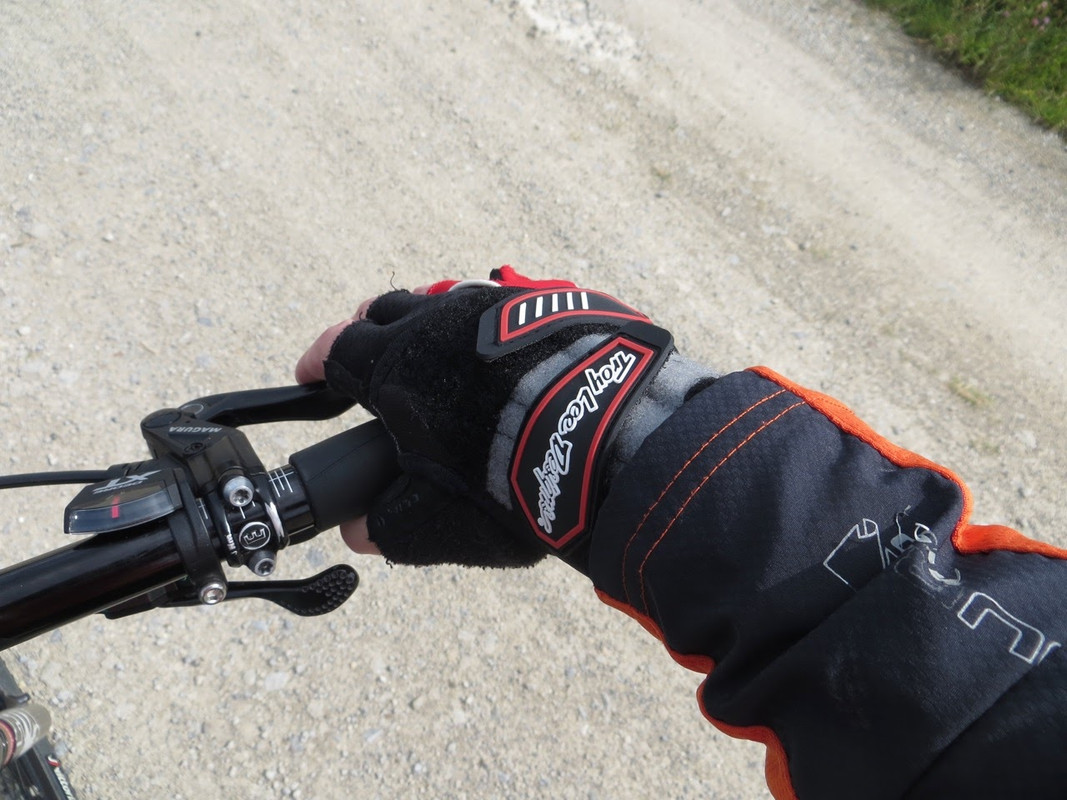 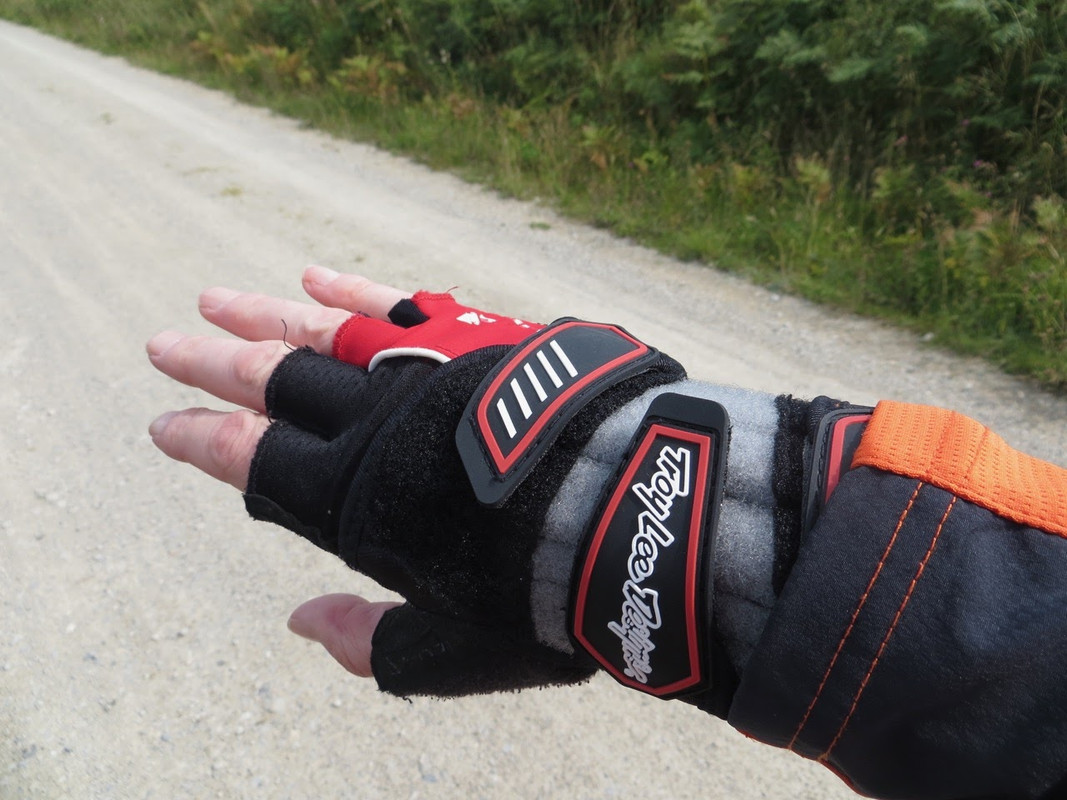 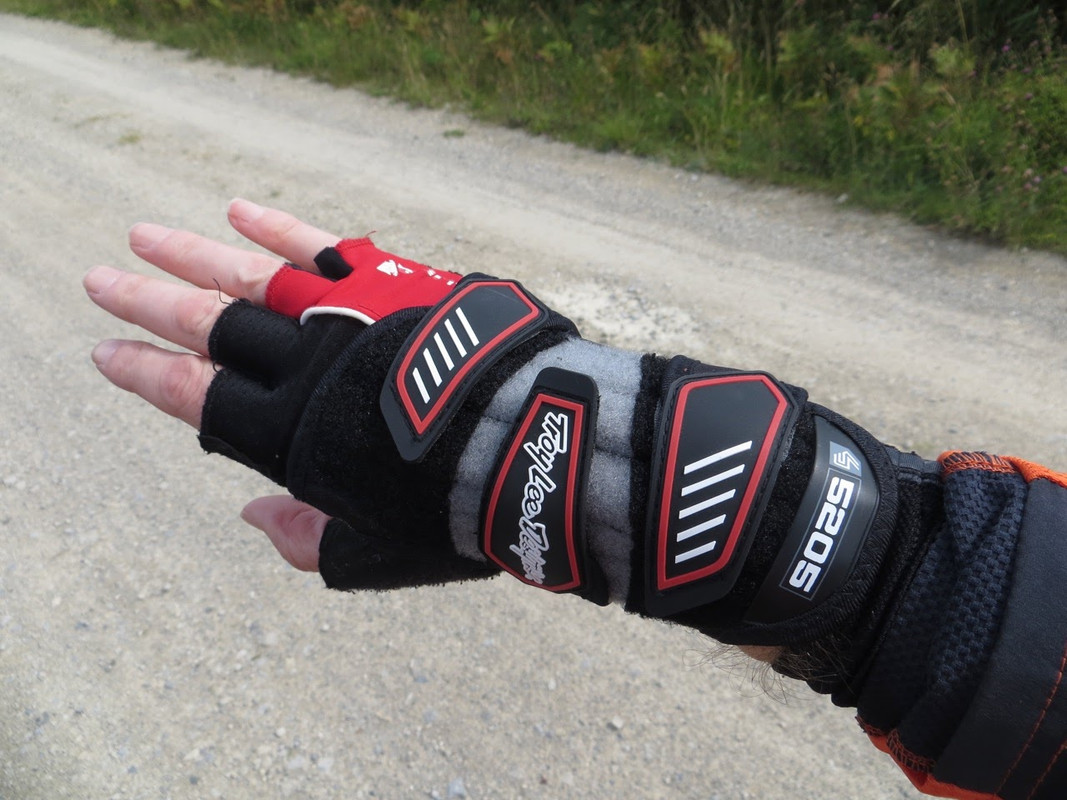 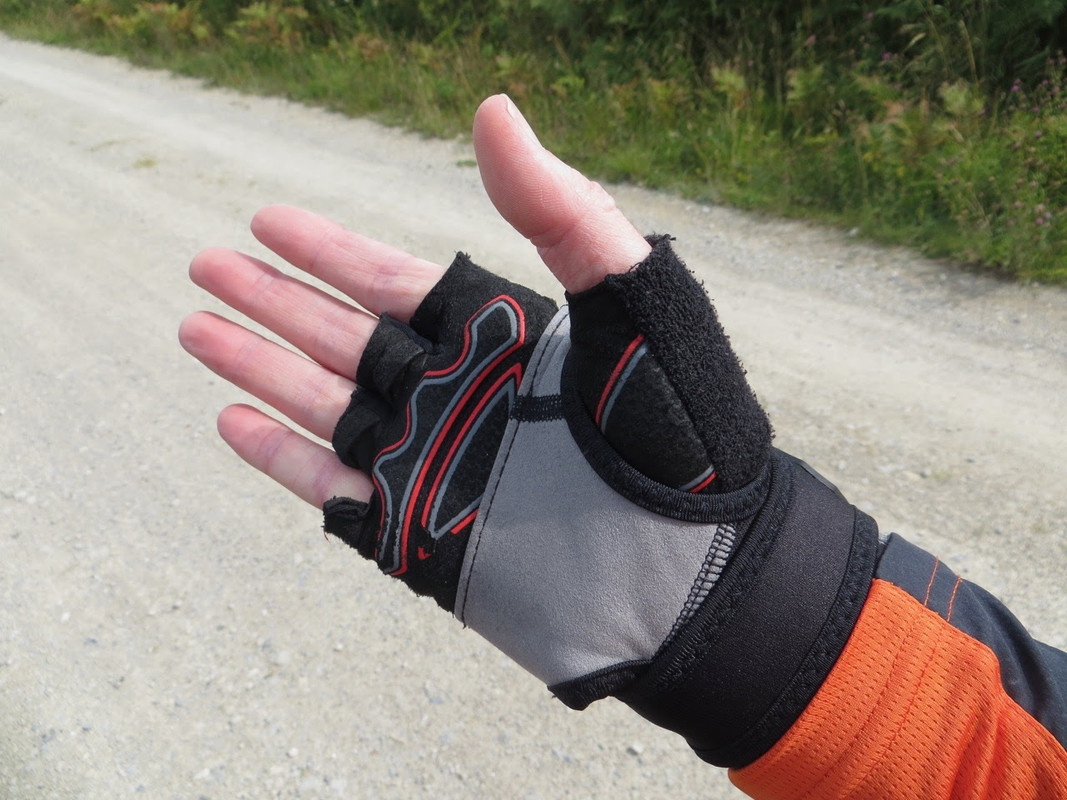 WS5205 fit nicely over fingerless cycling gloves but may need to be worn underneath thick winter gloves.

I am the owner of this blog and domain. I usually don't bite unless provoked.
View all posts by Jonathan →
This entry was posted in Cycling and tagged cycling, rsi, troy lee, wrist support, ws5205. Bookmark the permalink.