Having waited a while before placing the order then another few weeks until the order finally arrived, I now have new wheels for my mountain bike – new, lighter, slicker, and tubeless too.  This last point makes the biggest difference from anything I have previously owned, which all had inner tubes; I have had to learn how to handle the tubeless system almost from the start as one of the tyres wasn’t holding air very well, it was fine for the first ride but after that it lost all of its air over a period of a few days… when I went to get the bike out for my next ride I found it completely flat, I pumped it up and thought the sealant would fill any holes, which it seemed to at the time, but during the ride I started to lose pressure until it wasn’t possible to pump it up fast enough to just maintain pressure, something had gone very wrong.  I had to use the emergency inner tube and by this time it was late afternoon, time to head straight home and sort out the mess later.  In my haste I forgot to take the valve with me so dropped into the local bike shop to buy new valves and a roll of rim tape.

Later was today, almost a week later in fact.  I took the tyre off and gave it a good clean with hot soapy water (just normal liquid hand soap) to remove the sealant, I did the same with the wheel and inspected the rim tape – it had lifted where the join was and also the tape was not the correct width for this wheel, it was too narrow so not seated correctly, in places it was barely covering the spoke holes and was not trapped at the rim by the tyre as it should be, little wonder then that there were massive air leaks, I’m surprised it managed to seal at all. 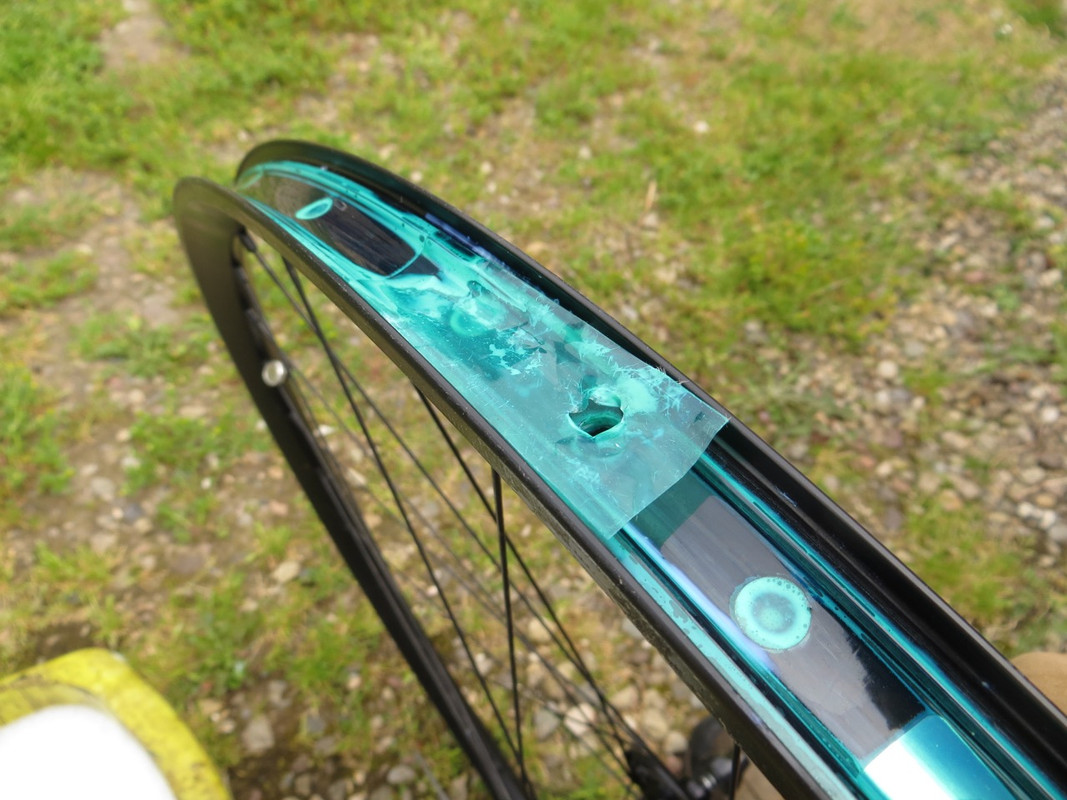 The old tape was too narrow for this rim and had lifted in several places, allowing air (and sealant) into the wheel void where the spoke holes are. 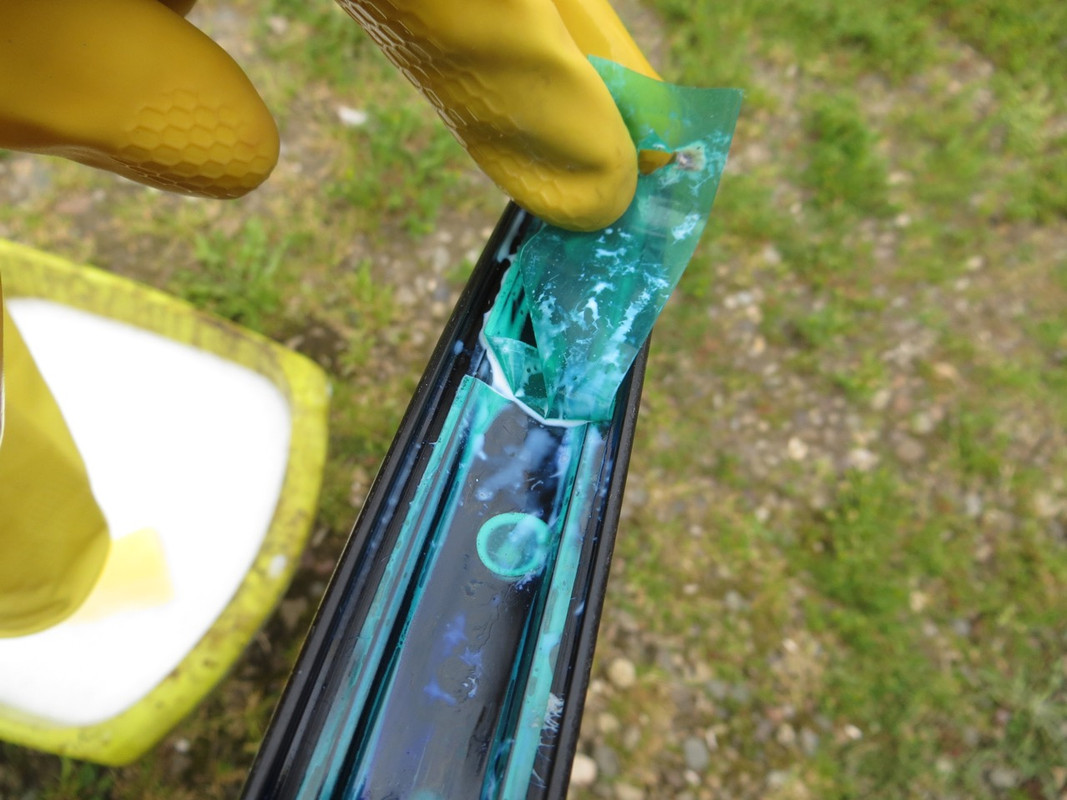 Here it is obvious that the tape doesn’t go all the way to the edges so the tyre, when fitted, can’t hold the tape in position. Sealant was already working its way under the edges of the tape in several places around the wheel. The tape join was also at the valve. 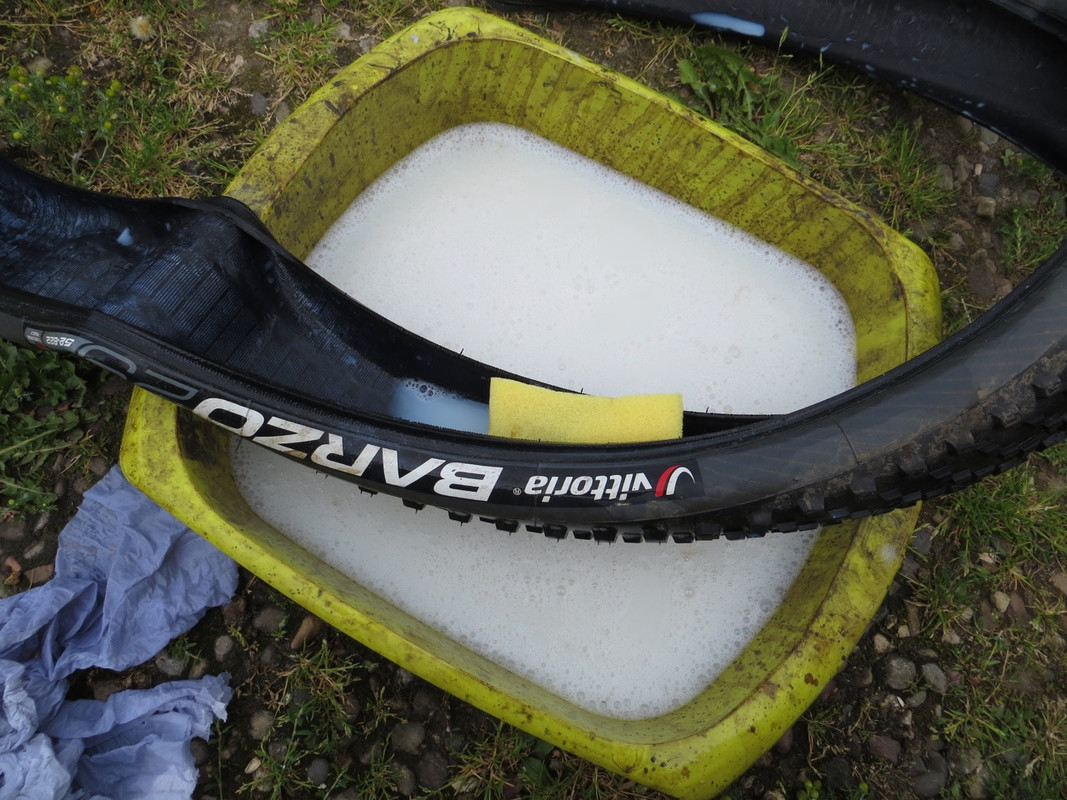 Hot soapy water and a normal scouring sponge to take the old sealant off the inside of the tyre and around the rim, didn’t want any clumps of dried sealant interfering with the tyre seating properly when refitted. It is not necessary to scrub hard or remove all of the old sealant, just enough so that it doesn’t leave any lumps or clumps especially on the tyre bead. 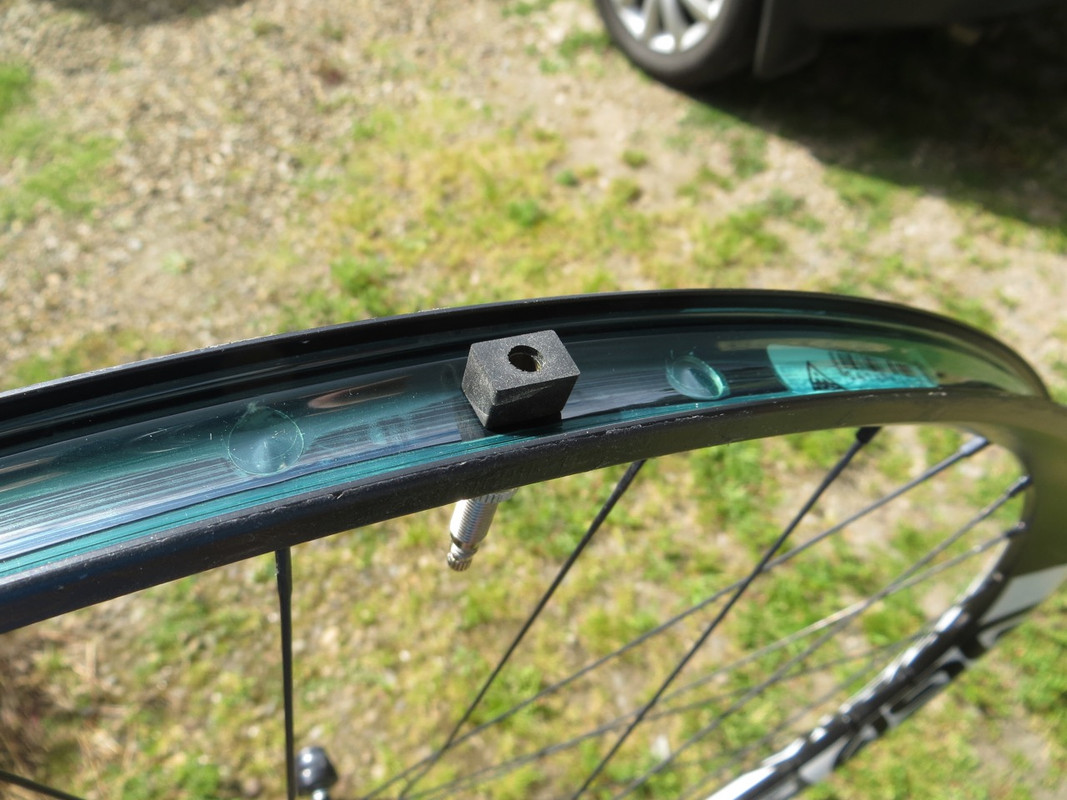 New rim tape (as wide as the rim) fitted neatly and smoothly, with the edges pressed firmly down with fingers and the back of fingernails so as not to scratch or damage it. It shouldn’t matter if the tape does not touch every millimetre of the rim centre so long as there is a good air seal around the edges. 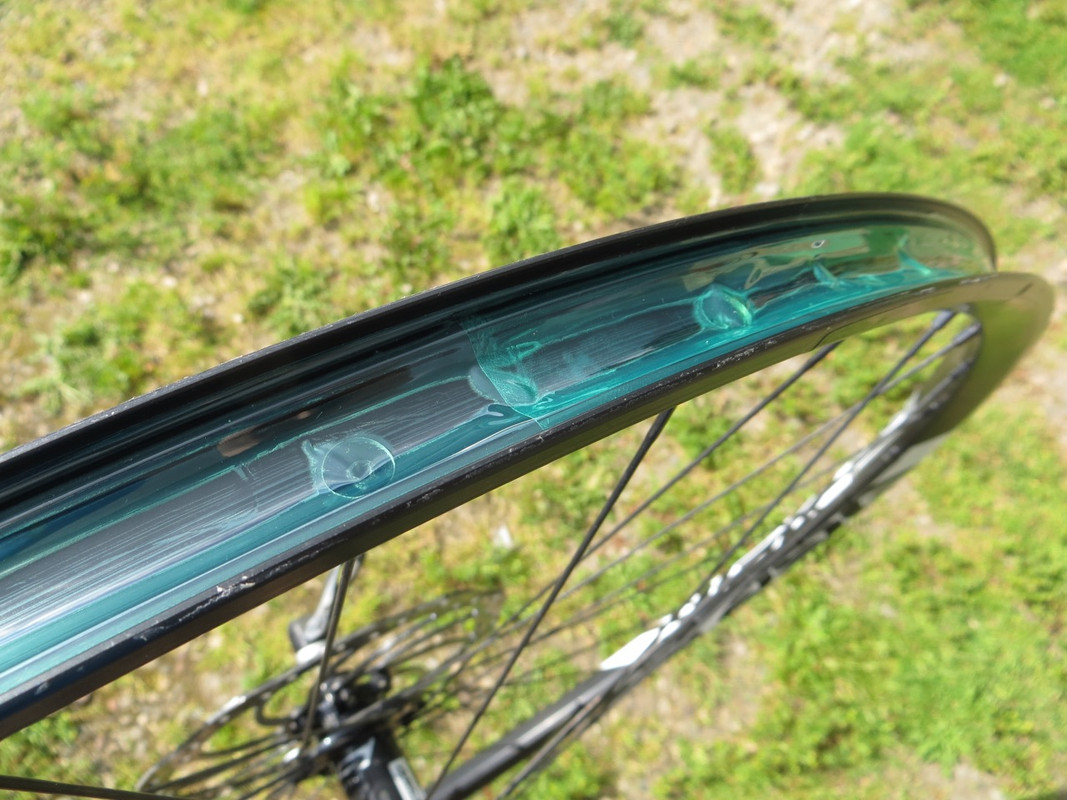 New rim tape join is about 12? long – I don’t want any chance that it will peel away, even if it does lift a bit it should be unlikely to lift a whole 12? worth. The join is opposite the valve too. 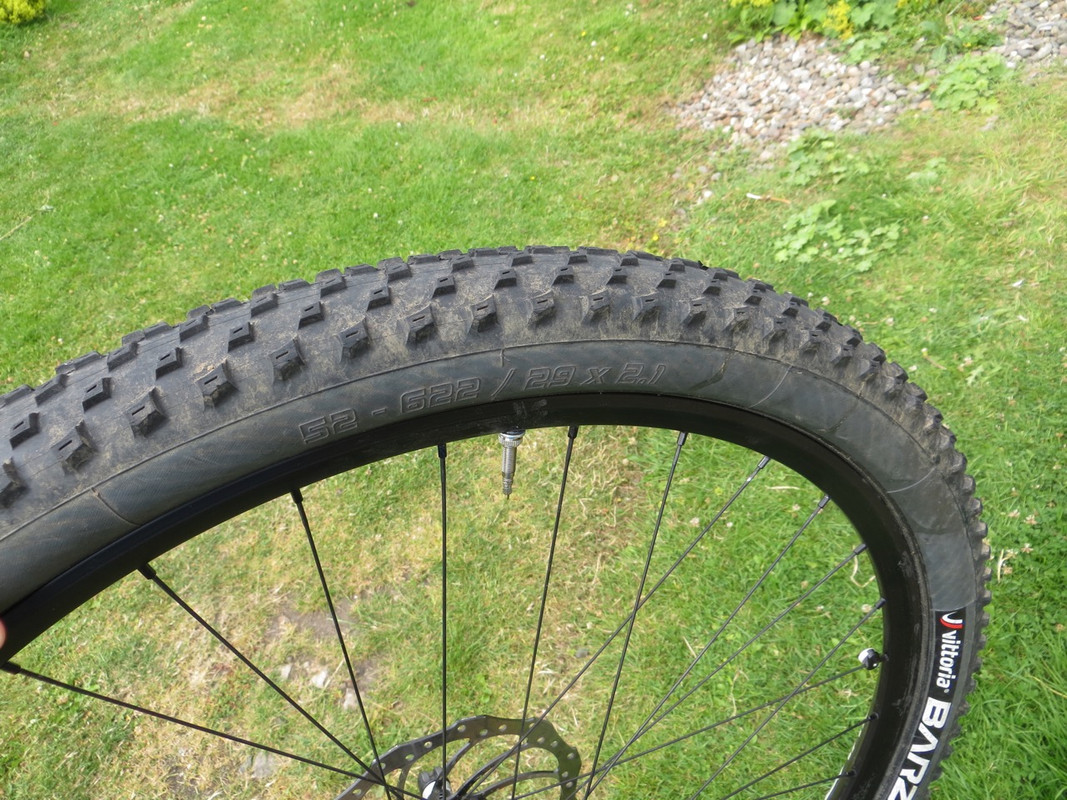 Tyre fitted, sealant added, tyre pumped up, swirled the sealant around inside. No air leaks, job’s a good ‘un.

I am the owner of this blog and domain. I usually don't bite unless provoked.
View all posts by Jonathan →
This entry was posted in Cycling and tagged cycling, tubeless, tyres. Bookmark the permalink.